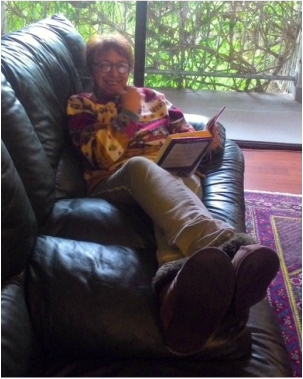 ​
​Ciao e benvenuti!
​
This is a friendly, aural ‘postcard’ of Italian culture and life: Cartolina is "For those who remember Italy, and who dream of it". Italian expatriates like to hear about their country of origin and the connections that can be made with the country they now live in. Also, many New Zealanders have a long distance love affair with Italy but know little about it, so this show brings Italy to all New Zealanders. Local and national events dictate the flavour of the programmes. You can hear about Italian holidays, food, experiences, and music of all kinds in an accessible way. Guests have included ambassadors, farmers, cooks, scientists, children, businesspeople, and artists – so many of them, since the beginning in February 1999!

For the producer (who divides her time between teaching Italian and being marketing manager of the family business) each guest brings a new story, and a different view on life. Even after so many years, each interview teaches something new and often invaluable. It was an unforgettably emotional moment, interviewing the Italian scientists in winter-over at the Concordia base, on the remote plateau in Antarctica. They were as isolated as one can be on Earth, but still we were talking, and our conversation was available to all listeners on radio and via internet world-wide. And what about the Italian Firefighters Rugby Team, all squashed in the recording studio? Or arranging a surprise phone call between an interviewee in studio, and a dear friend of his in Italy?

There have been many technology changes at Plains fm: embracing them, and learning how to edit audio files, and put a programme together was a fantastic challenge, for which the staff at the radio station have helped a lot. But in the end, it’s the stories that make a programme, and the people who generously accept to disclose and share their experiences. Sometimes a producer wonders if there’s anyone listening out there, if such a trove of words and music is good enough to be listened to. Hopefully, more people will join the ranks of those who tune in at Cartolina. So, find a comfortable spot with a glass of wine and a poster of the Tuscan countryside in front of you, relax and listen in…

Buon ascolto!
​​Wilma Laryn
Cartolina is produced under the patronage of the Christchurch Dante Alighieri Society, and is sponsored by a group of institutions (chiefly the Christchurch City Council), businesses and private donors; please check them out from the list below, and support them!

Cartolina is aired through Community Radio PLAINS FM 96.9, on alternate Wednesdays 7.30 - 8.00 pm, and repeated on the following Mondays at 10.30 am (regionally only). Available worldwide on the internet, live or in pod cast, from: http://plainsfm.org.nz.

The content of each programme is announced on the ‘Dante Christchurch’ FB page.

Profile
Wilma Laryn came from Rome to New Zealand in 1996, with husband Sandro and daughter Fiona. In Italy she was a Maths’ teacher for 20 years, at large State High Schools, serving also for several years on their Consiglio d’Istituto; she’s been a consultant for the Ministry of Education in establishing new curricula, and a commissioner for teacher’s exams.

In New Zealand she’s been a part-time tutor of "Italian for Musicians" at the School of Music of the University of Canterbury, and a tutor at evening Italian classes at the University, Polytechnic and various High Schools. She’s also tutored in Italian cooking, and realized a 10-episode TV cooking programme, aired by CTV. Presently she is the marketing manager for the family business, Cracroft Chase Vineyard.

In February 1999 she started Cartolina, the first Italian radio programme on PLAINS FM, and the only one presently produced in New Zealand. She’s been past president of Dante Society from 2000 to 2006, and is still a Committee member. In 2005 Wilma received from the Italian Government the title of Cavaliere dell'Ordine della Stella della Solidarieta' Italiana, for promoting Italian culture through her work as a journalist and a teacher. In 2013 she started the Dante Language School in Christchurch. In 2015 she was elected a member of COMITES (Comitato Italiani Residenti all’Estero), and is its vice-President.

If willing to be part of the shared Cartolina sponsorship, or to make a personal donation, please get in touch. Account of The Cartolina Broadcasters’ Group: 03-1594-0190503-000.