3 May: Simone Scaringi is a recently-arrived astrophysicist at the University of Canterbury, and an amateur drums player. We talk about stars, telescopes, and people studying how to use them. We play: Quelli che benpensano, by Frankie HI-NRG MC, and the original 1986 soundtrack from the animation film Ken il Guerriero.

17 May: Domenico Nordio is an international violinist who will be playing in Christchurch on the 30th of May. Nordio is lead violin of the Orchestra Giuseppe Verdi of La Scala. Born in Venice in 1971, he started his career of prize-winner and solo recitalist at the age of 10. Presently he divides his time between the Orchestra and his solo career. Nordio is recording exclusively for Sony Classical. He will play in Christchurch on the 30th of May at St Mary’s Pro-Cathedral, at 6 pm (Another concert in Auckland will follow). To celebrate the Italian Republic Day, this concert is offered by the Italian Embassy and by the Italian Cultural Institute in Sydney, with the local support of the Christchurch Dante Society. Free entry.

31 May: Irene Boles is an architect from Milan, teaching at the ARA in Christchurch. Irene talks of her career, and explains how, in designing and realizing (with her partner, also an architect) their house on the sea in New Brighton, they used the New Zealand concept of bach filtered through a Mediterranean sensibility, to a rewarding result. We play Rosalina by Fabio Concato, and Piu` bella cosa by Eros Ramazzotti. 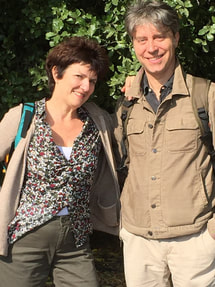 5 April: Anna Citelli and Raoul Bretzel are the creators of Capsula Mundi, an innovative design for green burial. Theirs is one of the 100 projects chosen to celebrate the Italian Day of Design worldwide, on the 2nd of March 2017. In that day, 100 ‘ambassadors’ of Italian design covering all possible fields, brought to as many Countries their selected project, and opened a discussion with interested parties; in Christchurch Anna and Raoul have been at the ARA. In this programme they tell about the inception of the burial concept, in which a body, (or its ashes) is enclosed in an egg-shaped biodegradable shell, and buried, with a new tree growing on top. The egg is seen as a powerful symbol of rebirth, and the tree as a way to reconnect with the eternal cycle of nature. We play “Via del Campo” by Fabrizio De Andre`, with its poignant line “dai diamanti non nasce niente, dal letame nascono i fior. 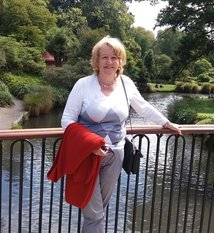 19 April: “Jenny Mallinson’s Italian campaign” is about a research that she has carried out on the itinerary from Taranto to Trieste of the 2nd NZ Division during WWII. Jenny, originally from Christchurch, has been living in Verona for over 40 years. When her Italian friends started discovering the presence and the important role of the New Zealand troops in many battles of the war, and started asking her questions in this regard, she decided to become more knowledgeable. So her ‘campaign’ started, and you’ll hear in this programme how it continued. I’ll play: ‘Blue Smoke’, the iconic song that accompanied the New Zealand troops on the voyage to Europe, in an original recording of 1948 by the Ruru Karaitiana Quintet, and sung by Pixie Williams, and ‘Vivere’, 1937, sung by Carlo Buti.
Programmes in March 2017 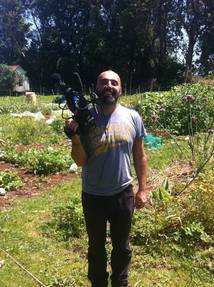 22 March: Marco Gianstefani is an Italian film director. When he first visited Karamea he was struck by the place, the people and their life style choices. Marco started interviewing and editing, putting together the stories of the many like-minded people who have come and joined the Karamea life, and the locals who saw it all and started participating. The trailer of his documentary is available on line. We play: Voglia di Infinito by Selton, Altrove by Morgan, Qualcosa che non c'e by Elisa. 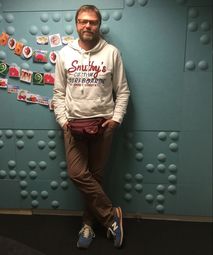 8 March: Federico Piancatelli is a visitor from Le Marche, where last year in August and October strong earthquakes destroyed whole villages in the area of Amatrice and Norcia. Federico tells how landscape, communities and livelihoods have been upset, and how his job of marketer for a bridal dress manufacturer has been affected. We play: ‘Polenta e gallina fregia’ by Davide Van de Sgroos, and ‘Le stagioni nel sole’, by Roberto Vecchioni. 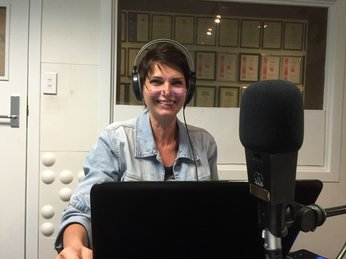 11 January:
in the first programme of this year’s summer series, Silvia Cesari explains the role of Rap music in the landscape of Hip-Hop, and how the Italian rappers moved from the English language to rapping in Italian. We play: Get Down (by Radical Stuff), Peggio della colla (by Raptus), La mia moto (by Jovanotti), and La scuola rap (Zecchino d’Oro).

25 January: in the second programme of this year’s summer series, Silvia Cesari talks of the African roots of Rap music in the Griot tradition of West Africa. We explore the Italian Rap in the ‘90s and early in the new century, in its two lines of hard and ironic social message. We play: Ohi Maria, and La fidanzata (by Articolo 31), Cani sciolti (by Neffa of Sangue Misto), and Fabri Fibra: Non dimentico, from Sindrome di fine millennio.

8 February: in the third programme of this year’s summer series on the Italian Rap, Silvia Cesari talks of the regional Rap: in dialect, sometimes accompanied by delightful videos on youtube. There is social satire in: Il Supercafone (by Piotta, from Rome), Ga el SUV (by DJ Ice, from Milan), Rime Patate e Cozze (by the Bari Jungle Brothers). There is also the search for the local culture and language in: Le redici ca tieni (by the Sud Sound System, from Lecce in Apulia), and Su Sardu Alfabetu (by Dr. Drer & CRC Posse, from Sardinia).

22 February: in the fourth programme of this year’s summer series, Silvia Cesari gives an outline of the major authors of the Italian Rap of the 2000’s. A common tread in their songs is the authors’ experience of growing up in the suburbia, of going through difficult personal experiences, and feeling as if their life is losing meaning – in spite of the commercial success of their songs. We play: Fabri Fibra (Momenti no), Mondo Marcio (01-08-1997), Marracash (Bastavano le briciole), Fedez (Faccio brutto), and Emis Killa (Parole di ghiaccio).
You can find all recent programmes in podcast on http://plainsfm.org.nz Buon Ascolto  & Buon Anno from the producer Wilma Laryn
Back to Radio Cartolina